for Emily, Kelley, and Lindsay

In reality every reader is, while she is reading, the reader of her own self.  The writer’s work is merely a kind of optical instrument which he offers to the reader to enable her to discern what, without this book, she would perhaps have never perceived in herself.  And the recognition by the reader in her own self of what the book says is the proof of its veracity …

[Joe] Brainard made art for the same reasons the New York School poets wrote: for the pleasure of it. As he said of collaboration, “it’s fun,” and in the late 1960s, Brainard took an interest in the other side of his collaborations, the “fun” of wearing his cohorts’ writer pants. The book I Remember is the riotous, poignant, earnest and seemingly random result. Painterly in its vivid details and collagist in its hands-off juxtaposition, it is an accumulative, oblique biography, a portrait of the artist as a young man. It is much, much greater than the mere sum of its parts. Ashbery referred to it, only half-jokingly, as “humane smut.” It has that sweet, playful self-possession that pervades Brainard’s work. So what eternal spring of feeling do you have in you, that you feel sure of, or that you feel unsure of, but returns over and over again, in dreams, and in waking moments of longing? What object of love, or what desire, or what delight, returns over and over despite the appearances, despite discouragement, and despite all rational calculation—even trying to repress it, it still comes through.  What freshness of feeling, and what freshness of perception, comes through anyway, even despite blocking it, even despite, either the condition of not noticing it, or thinking you better not do it (you better go straight, you better get a job)—what comes through anyway? What unworldly love, that has no hope of the world, and cannot change its world to its delight, persists, and breaks through always, if only in dreams? Because in dreams you get these great baths of eroticism or liberation or recognition.

Allen [Ginsberg] was a great teacher. He was essentially a great teacher and I think he always wanted to be a professor at Columbia—but he made it to City College. He was a great teacher, no doubt about it. And he had a fascinating and genius mind. He had, really, a pack rat mind. When I went to Australia with him he would just take down—write in his notebooks—everything in sight. I mean the type of tree along the highway, what kind of dog was scurrying across the street. He would get in conversations with total strangers and he’d be totally wrapped up in them and you’d wonder what in the world he could be talking about.  It was like Allen was siphoning up the guy’s brains. He siphoned everybody up sort of like Picasso siphoning up Braque.

In a book, individual characters, whether human or of some other kind, are made up of numerous impressions derived from many girls, many churches, many sonatas combined to form a single sonata, a single church, a single girl, so that I should be making my book in the same way that Françoise made the boeuf à la mode which M. de Norpois had found so delicious, just because she had enriched its jelly with so many carefully chosen pieces of meat.

–Anne Waldman, on coming of age in the Sixties 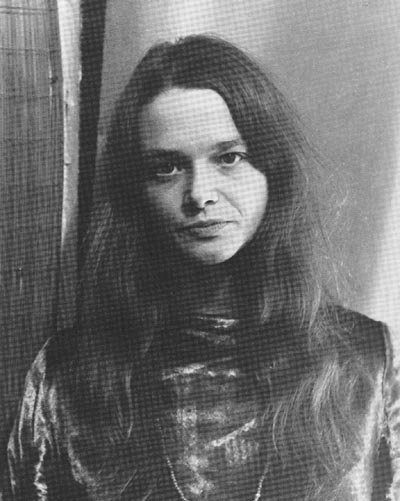 “He watched over my shoulder as I wrote stories, yelling, ‘Yes!  That’s right!  Wow!  Man!’ and ‘Phew!’ and wiped his face with his handkerchief.  ‘Man, wow, there’s so many things to do, so many things to write!  How to even begin to get it all down and without modified restraints and all hung-up on like literary inhibitions and grammatical fears…’”

–Jack Kerouac, On the Road

Thanks to art, instead of seeing one world only, our own, we see that world multiply itself and we have at our disposal as many worlds as there are original artists, worlds more different one from the other than those which revolve in infinite space.