Ann Manganaro was a Sister of Loretto, co-founder of Karen Catholic Worker House, and physician who worked in El Salvador in the late 1980s and early 1990s. She died in June 1993.

For our next Share the Wealth gathering, Ellen Rehg will offer stories and perspectives on the meaning of Ann’s life. Currently writing a book about Ann, Ellen is a philosopher, teacher, and mother of three. 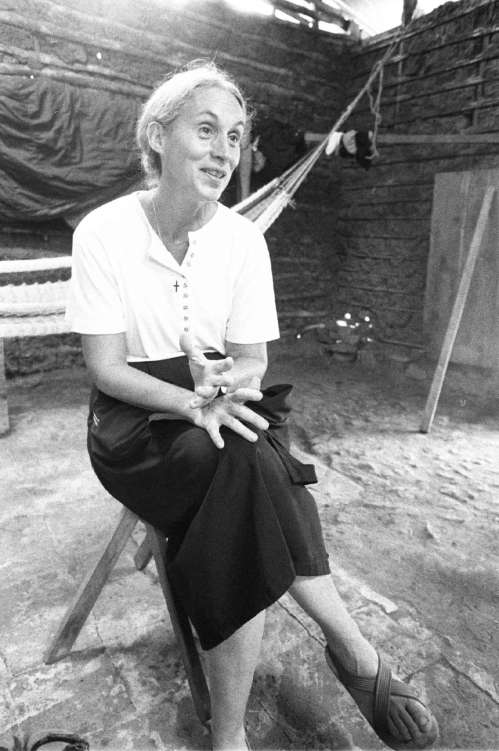 From The Book of Mev

Mev:  What in your life has brought you to the decision to cast your lot with the poor?

Ann:  From childhood, my parents were great lovers of  Francis of Assisi — so that whole image of someone who lived poorly and tried to live according to the Gospel is an image I grew up with as an ideal.

As a young adult entering the Sisters of Loretto at eighteen, somewhat naively, I spent a lot of genuine effort to read and take seriously the Gospel.  What has sustained me over the long haul, from all the theology I studied in college as a young sister, was really scripture study.  I really learned to turn to the scriptures as a source of life.   When I  was in my twenties, I began to feel quite skeptical about the church and about religious life — it was a real crisis of faith.  I stopped praying and going to mass regularly.  But later I realized, I wanted to live authentically this vocation I chose as a teen.  I was twenty-four and I remember thinking — almost instinctually — of turning to scripture to see if the Gospel still made sense.  I remember sitting under a tree in Forest Park in St. Louis and reading the Gospel of Matthew, coming to the Sermon on the Mount and thinking — yes, this is what I want to do with my life!  This is real.  This is true for me.  I think this will always be true for me.