Given your love for theology, I thought I’d share the following reflections on someone you should at least be acquainted with.  His name is Helder Camara, former archbishop of Recife, Brazil (1909-1999).  I know  you’ve heard of an archbishop from El Salvador, Oscar Romero.  Many of us in the U.S.  know of his martyrdom, courage, and deep option for the poor of El Salvador.  The main difference between Romero and Camara is that the latter wasn’t assassinated. He lived a long life, although he was persona non grata in Brazil for many years such that people were forbidden—on radio, in newspaper, on television—to even mention his name.

From the 60s through the 80s, he was well known (or infamous, depending upon your values) internationally for his promotion of nonviolence and his denunciations of the global system that put much of the  world’s people in wretched conditions.  You may have come across this provocative statement by Dom Helder:  “When I give food to the hungry, they call me a saint. When I ask why people are hungry, they call me a Communist.”  In those days (the days of Romero), to be called a Communist meant that you were a trouble-maker, or a  subversive, or one not enthralled with the reigning idol of the nation-state; in other words, someone worthy of being silenced or eliminated.

But Camara was not a devotee of Karl Marx.  He was an ardent follower of Jesus,  and he recognized Jesus in the poor (just as we read in Matthew’s Good News).  He affirmed that “the Latin American Church  rediscovered the liberating force of the Gospel. It remained only to liberate this liberating force from it institutional prison, and demonstrate it.”   He told the story of how a man came and stole the ciborium  from a church and  later threw the hosts down in the street.  Many people were outraged at such sacrilegious behavior.  But Dom Helder resisted the way people understood this narrow form of respect for Christ:  “My friends, my brothers, how blind we all are! We are shocked because our brother, this poor thief, threw the Eucharistic Christ into the mud. But here in the North-East Christ lives in the mud all the time!  We must open our eyes!”

In that poor Northeast of Brazil, the archbishop had countless opportunities to open his eyes to realities many would run from.  He came to see the structural causes of people’s poverty and he didn’t hesitate to say, “It took me some time to discover that a system like Capitalism, which puts profit before people, is also intrinsically evil.”  How many U.S. archbishops have made an equivalent statement in the last forty years?  Like the murdered Salvadoran Jesuit Ignacio Ellacuría who saw a dialectical relationship between Third World misery and First World opulence, Camara understood that “poverty makes people subhuman. Excess of wealth makes people inhuman.” (In The Book of Mev, Mev’s interview with Gustavo Gutiérrez suggests the same linkage.)

Camara was a enthusiastic supporter of nonviolence as a way of life and method of social change.  In The Desert is Fertile, he offers advice to people not yet free of the poisons of aggression: “In your thoughts, your wishes and your actions try to be truly great hearted. Cross out words like enemy, hostility, hatred, resentment, grudge, from your dictionary.”    He was also clear about the root problem that needs to be acknowledged and overcome: selfishness on an individual level and on the global level.  In one of his prayer-poems, he gives a simple, though demanding, response: “Give all you have./Give all your are./Give yourself always/unstintingly.”   In another poem, he stated a truth you must heave realized in the Philippines:  “Whether or not the few realize it,/they are responsible/for the oppression of countless human beings,/and every day their vast numbers increase.”  Similarly, Buddhist teacher  Thich Nhat Hanh stated to an American audience in the 1980s,  “We are imprisoned in our small selves, thinking only of the comfortable conditions for this small self, while we destroy our large self.”

You both may have been part of several conversations recently about whether one should leave the system (political, economic, ecclesial) to fight it from outside.  Camara reminds me of Pema Chödrön’s advocacy of tonglen (when we realize others are suffering what we ourselves are suffering) when he suggests to those working in various institutions, “Instead of feeling beaten, instead of quitting and imagining how to reform the institution from the outside, would it not be better to think that within the institution itself and in all sorts of places there are others who are in the middle of the very same experience.”  Right around us, we can be on the look out for kindred spirits, potential comrades, and  conscientious searchers.

It’s easy sometimes to feel overwhelmed at the gravity of the problems facing the world as it is easy to  assert dogmatically about how things have to change.  In Questions for Living, Camara provides an inclusive way of looking at both the problems and our responses:   “The work to be done is so immense that  there’s room for everyone, for every attitude, every ability, for information, assistance, reflection, political action, and even for prayer.  The roads are many, but they all converge because they all turn their backs on indifference and selfishness.”

One necessary activity of this vast work is what Thich Nhat Hanh calls “deep listening.” I am sure you both listened attentively and for many hours to people you met in the Philippines.  Many people in the U.S. are listening, perhaps for the first time, to the horrors minorities have faced on U.S. streets and in jails and prisons.  In the following passage, Camara reminds me of my friend, Sister Jean Abbott, who has been listening to people  who have faced the most terrifying abuses, from Guatemala to Bosnia and Uganda:  “When you visit jails and prisons, when you speak with men and women who have undergone the most atrocious tortures—just listening to them gives you a fantastic store of courage and hope.”  I suspect  the people to whom you have listened  both broke your hearts and inspired you more than you thought possible.

It is part of our American mindset to want to check tasks off of our “to do list,” to have closure on projects, to know definitively  and quantifiably that we have made a difference. Dom Helder Camara recommends a different approach which you may be willing to take to heart:   “One is never ‘done’ being converted to Christ present in the poor, never ‘all finished’ understanding what John Chrysostom meant when he wrote, ‘The poor are our teachers.’”

I look forward to visiting with you when you return from break. You are also our teachers. 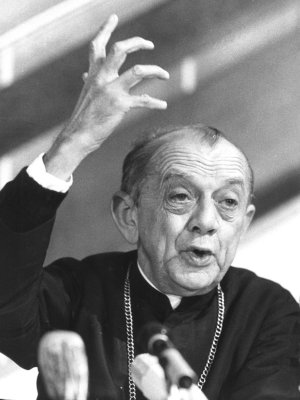