I’ve recently finished reading Robert Richardson’s engrossing biography, Emerson: The Mind on Fire. The author regularly highlights the exuberant reading Emerson did throughout his life. Robertson not only identifies authors and titles of what Emerson read; he also notes how Emerson read. Twice, Robertson quotes Goethe, a dramatic influence on Emerson: “What is genius but the faculty of seizing and turning to account any thing that strikes us… every one of my writings has been furnished to me by a thousand different persons, a thousand different things.” Emerson was a proponent of skimming books:  “The glance reveals what the gaze obscures. Somewhere the author has hidden his message. Find it, and skip the paragraphs that do not talk to you.”  At another time, Emerson suggested to “learn to divine books, to feel those that you want without wasting much time on them.”  Reminding me of the Yiddish writer Melech Ravitch who called for the creation of a “second Bible,”   Emerson advised, “Make your own Bible. Select and collect all those words and sentences that in all your reading have been to you like the blast of a trumpet out of Shakespeare, Seneca, Moses, John, and Paul.”

In Part 3 of The Book of Mev, I included a chapter called Reading/5. It consisted of excerpts, fragments, lines from works that I read from 1988 to 2004.* This week I recognized myself in the Richardson’s biography…

Your eyes! Turn them away for they dazzle me. — Song of Songs

The presence of a noble nature, generous in its wishes, ardent in its charity, changes the lights for us:  we begin to see things in their larger, quieter masses, and to believe that we too can be seen and judged in the wholeness of our character. — George Eliot

But Love has pitched his mansion in
The place of excrement;
For nothing can be sole or whole
That has not been rent. — William Butler Yeats

Everything in the world exists to end up in a book. — Stéphane Mallarmé

At that time of my life, all sorts of changes were taking place, and in particular  I came to the realization that ever since I had first begun to write I had been living a real neurosis.  My neurosis — which wasn’t all that different  from the one Flaubert suffered in his day — was basically that I firmly believed that nothing was more beautiful than writing, nothing greater, that to write was to create lasting works, and that the writer’s life ought to be understood through his work.  And then in 1953, I came to the realization that that was a completely bourgeois viewpoint, that there was a great deal more to life than writing.  All of which meant that I had to rethink the value I placed on the written word, which I now felt was on a whole other level than where I had previously placed it.  From that point of view, I was, somewhere 1953-54, cured almost immediately of my neurosis … And so wrote The Words … Had I been more honest with myself, I would still  have written Nausea.  Then, I still lacked a sense of reality.  I have changed since.  I have served a slow apprenticeship … I have seen children die of hunger.  In front of a dying child, Nausea has no weight. —Jean-Paul Sartre

I have sometimes dreamt that when the Day of Judgment dawns and the great conquerors and lawyers and statesmen come to receive their rewards — their crowns, their laurels, their names carved indelibly upon imperishable marble — the Almighty will turn to Peter and will say, not without a certain envy when He sees us coming with our books under our arms, “Look, these need no reward.  We have nothing to give them.  They have loved reading. — Virginia Woolf

Worlds of eloquence have been lost.—Rene Char

For only that book can we read which relates to me something that is already in my mind. — Ralph Waldo Emerson

*Interestingly, no reader has ever asked me to identify the sources of these passages. 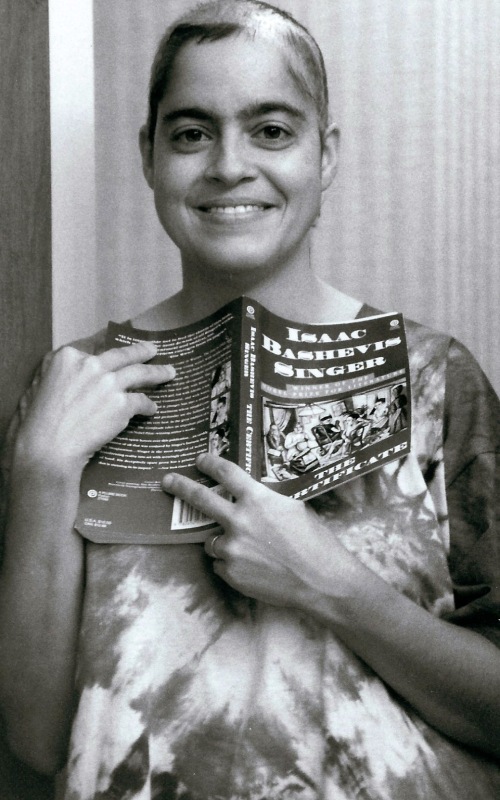