What an odd book! It can be a goad to do something experimental in the future. It is a series of vignettes, portraits of those who’s known at different stages in his life and it covers relations between the sexes, the political crises of the time (like the ’67 catastrophe, remember, this is an Egyptian’s perspective), various affiliations (Muslim Brotherhood, Communists), individuals’ demons (haseesh, alcohol). I read it in two different periods, and so can’t remember all the characters, though I made a list of their names. It’s a kind of non-linear memoir of an old man, portraits of those whom he’s known.

Still, as Ginsberg counseled, “Notice what you notice.” Here’s some of what I noticed from this book by the author of The Cairo Trilogy, some of which I read in Gaza and Ramallah…

From Roger Allen’s Introduction: The vignettes are indeed ‘mirrors,’ reflectors of a process of rapid change that has radically transformed Mahfouz’s homeland and its people, and not always to its advantage, during the course of this century.

“I challenge Israel to do to us what we’ve done to ourselves!” 35

I recalled Zuhayr Kamil’s words: “I now believe that people are bastards with no ethics. It would be better for them to admit it and build their communal life on that admission. The new ethical issue becomes how to maintain public welfare and human happiness in a society of bastards and scum.” 52

Whenever he approaches with his tall frame and white hair he delights me with his conversation, a joyful vigor is sparked I my soul, and I renew my admiration for him and the blessed life that created him. 60

“We’re fugitives, pursued by backwardness—our real enemy, not Israel. Israel is our enemy only because it threatens to freeze backwardness.” 92

I became infatuated at a relatively late stage with features, looks, characteristics, and glances I imagined reminded me of what I had missed of her. I never loved a feature in a human face that she did not loom behind, in truth or imagination. Because of this fleeting love, my emotional life suffered continuous, complicated crises, as though she were black magic. It was a love without places, incidents, or a history. 99

He worshipped [his daughter], relating her trivial events as though they were sagas, citing her foolish words as universal wisdom, relaying to us her opinions—that he falsely claimed for her—about the events and wars of our homeland, extolling her precocious intelligence far beyond her years. 118

“But surely you respect your father?” I asked.
He spat on the ground spontaneously and savagely. “Damn him and all insects!” he said. 129

“Religion’s greatness is only clear when it’s not considered a religion.” 157 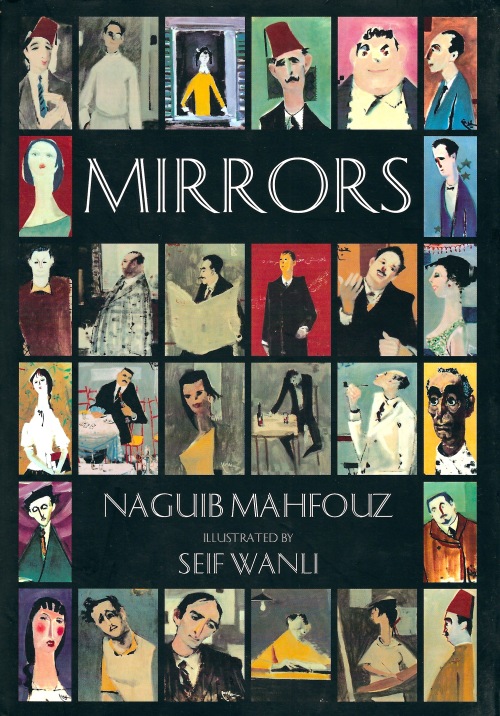