Magan studied Social Justice with me  in 2004;  did theater work with refugee kids through Center for Survivors of Torture and War Trauma as well as Playback Theater; worked with ISM in Palestine in 2006; got MFA at University of Tennessee (Knoxville); performed in Beautiful Resistance and My Name Is Rachel Corrie;  played Miranda in The Tempest (Shakespeare in the Park); now making her way in NYC; ten years later, she still calls me Professor-Friend.  Here’s her take on Will Shakespeare…

Shakespeare matters because, just like Tupac, young men still quote him in juvenile detention centers.  I teach acting to court-involved kids, and have for a long time, and I always feel weird about imposing another dead white writer on black-n-brown teenagers.  But Shakespeare will fire up the room every time.  Even if I can’t get them to read it, they will improvise the situations – “your uncle has killed your father and married your mother, and then your father’s ghost appears to you and tells you to take revenge.  Ok, Dale is Hamlet and David is the ghost.  Go.”  They love it.

If you know about scansion, know how to analyze the rhythm structures of poems, you know that Shakespeare matters because he is a fucking genius with rhythm, and no one has ever come close to touching him.  He wrote in iambic pentameter, the rhythm of the human heart, and he layered the emotions behind the character’s thoughts into the actual sounds of the line.  Miranda in The Tempest, upon first meeting the love of her life, says “I would not wish any companion in the world but you.”  Feel all those “wuh” sounds?  The sounds of the words themselves are a loving sigh; to make the sound of a “w”, you purse your lips like a kiss.  Say the whole line in one breath, and really mouth the consonants – just the way the words feel in your mouth gives you the feeling of being in love as a Miranda would experience it – warm and gushing and so big you can’t contain it.

Contrast that with Juliet’s “Gallop apace, you fiery footed steeds/Towards Phoebus lodging!”  Juliet knows what she wants – her heart is racing – she is full of adrenaline and desire, it’s in that G of the Gallop, and  Shakespeare also starts with a stressed syllable so you have to launch into the line, not ease into like you would if it was the expected unstressed-stressed pattern of iambic pentamter, and the sentence is all “fffs” and “sss” and popping consonants.  Also a young girl in love, but in a very different way – this a young woman impatient for her wedding night.  That’s why you love reading Shakespeare out loud – that’s why his text sweeps you up and carries you away – that’s why when it’s acted properly, you will feel what the actor is feeling, what Shakespeare was feeling when he wrote it.  And that’s why it’s so boring when an actor doesn’t know how to handle the language. 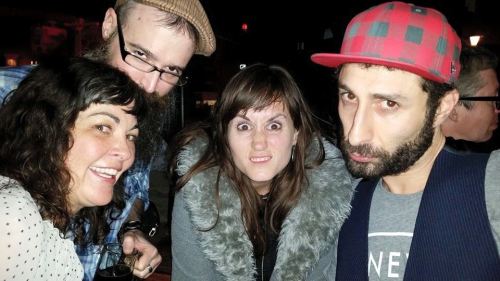